It was supposed to be Batanes, one of my dream Philippine destinations, but because I wasn’t able to get flight deals (and because I am not willing to pay the regular price of the flight), I ended up booking for a flight to go to a Batanes-like destination–Palaui Island.

It was a one-way plane ticket to the hottest city (they say) in the Philippines, Tuguegarao, and then Jillian and I took it from there! We were prepared to get lost but thankfully, we ended up in a tourist information centre at the port in Sta. Ana after three and a half hours of travel from Tuguegarao.

Upon seeing a number of locals offering tour packages, I felt relieved knowing that we are in the right place. We negotiated with some banca operators with the tourist information people, and took a special package/itinerary for Palaui. 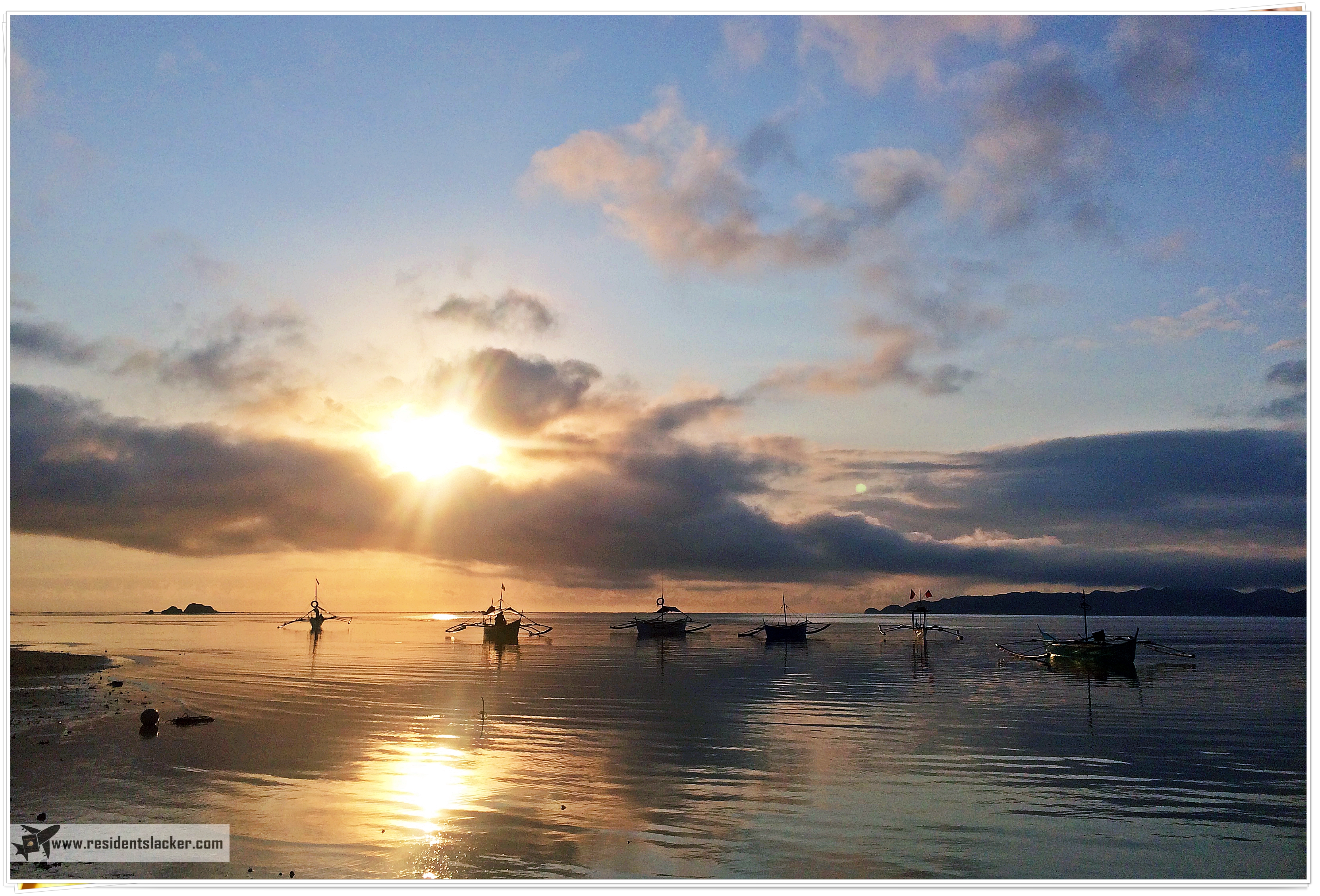 We spent the first night in a random inn in Punta Verde (the inhabited part of the Palaui island), which is a few minutes boat-ride from Sta. Ana Port. The night before was one of the peaceful nights we’ve had—with just the moon and the stars (and probably sea insects) listening to our grown-up conversations; it was also one of the many serious ones we’ve had in years. Talk about career and life in general (sign of aging hello)—what’s more serious than that?

Then I realised, one couldn’t give a sensible career advice when one is unsure of where his/her own career is going (sigh).

Second day was the start of a full day trip, starting very early, 2 tour guides picked us up from where our tent was pitched in, just right after we had our sumptuous breakfast prepared by the inn’s host. **It was my 3rd time to be sleeping in a tent on a trip, and with Jillian in all of those trips (previous ones in Anawangin and Mt. Batulao).**

We were scheduled to visit the following: (1) Crocodile Island (2) Anguib Beach (3) Cape Engaño and the rest of the Palaui Island. The four of us, with our packed lunch, sailed across the Philippine Sea, stopping on these islands and ticking them off our list. 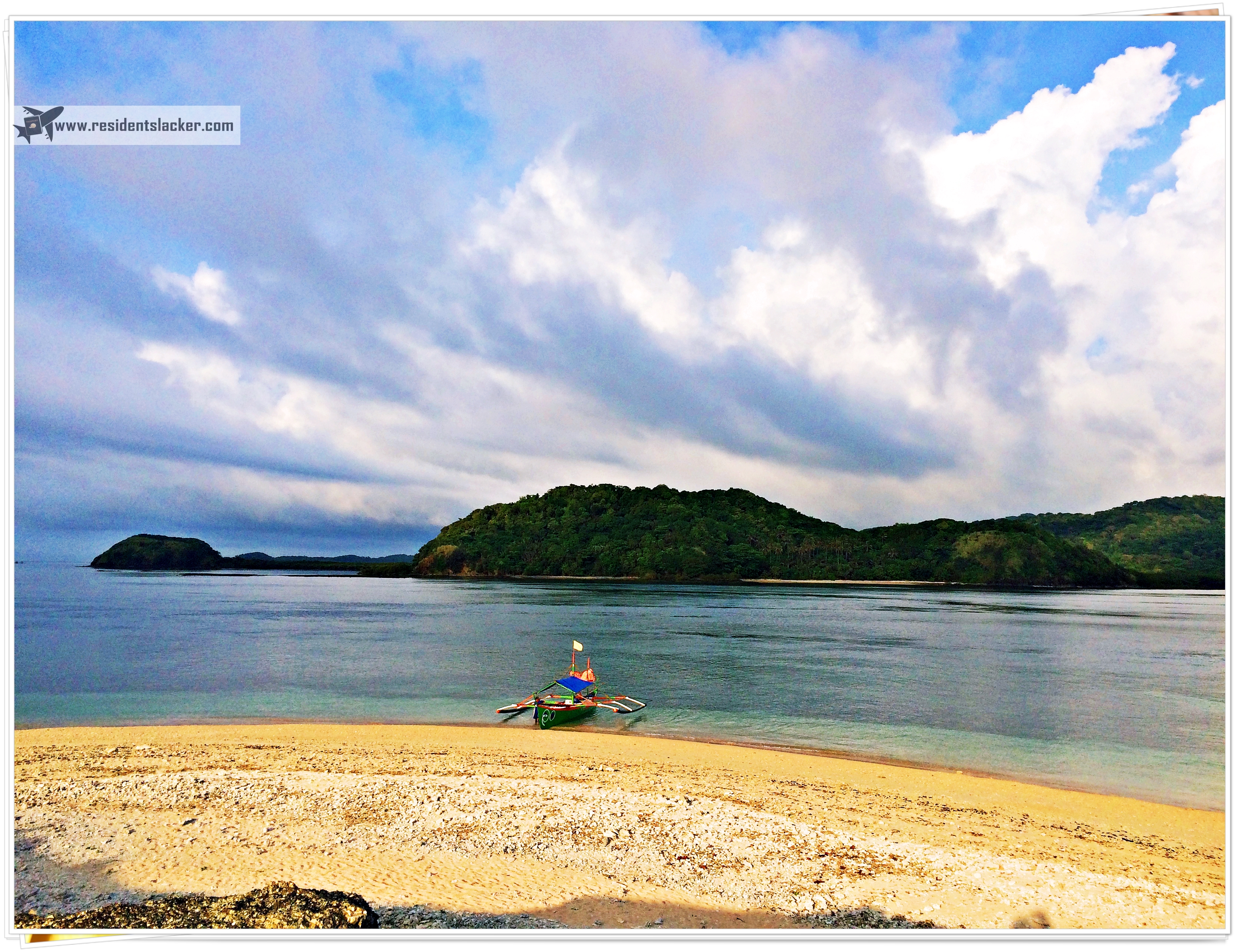 The boat-ride was not the most pleasant ride of all–I remember the countless beats my heart was making every time the boat seemed to be struggling with the huge waves in the open sea. It was a little scary but the guides assured us by saying that everything’s normal. To be honest, it wasn’t really assuring, so I just silently called the gods to keep us safe. 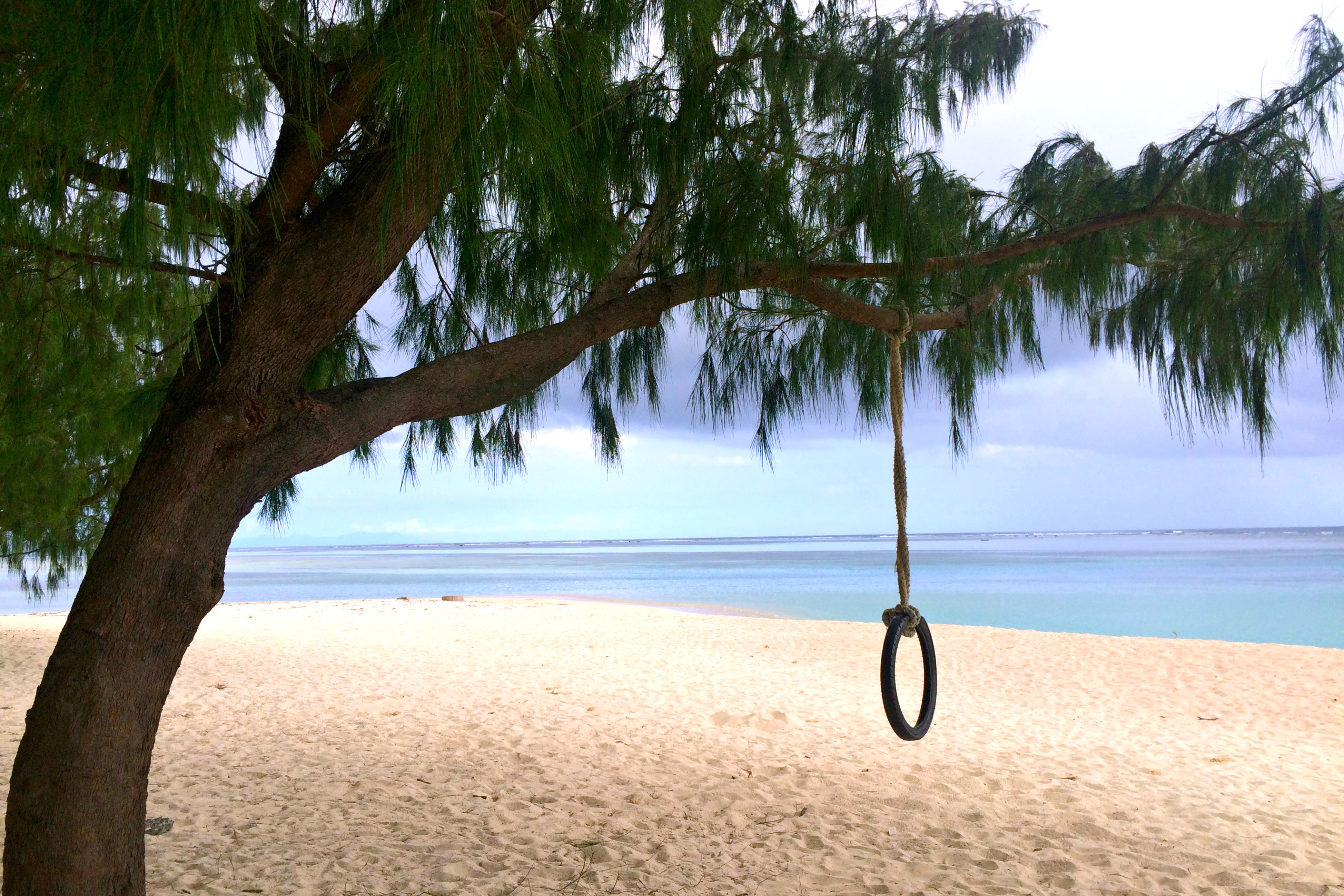 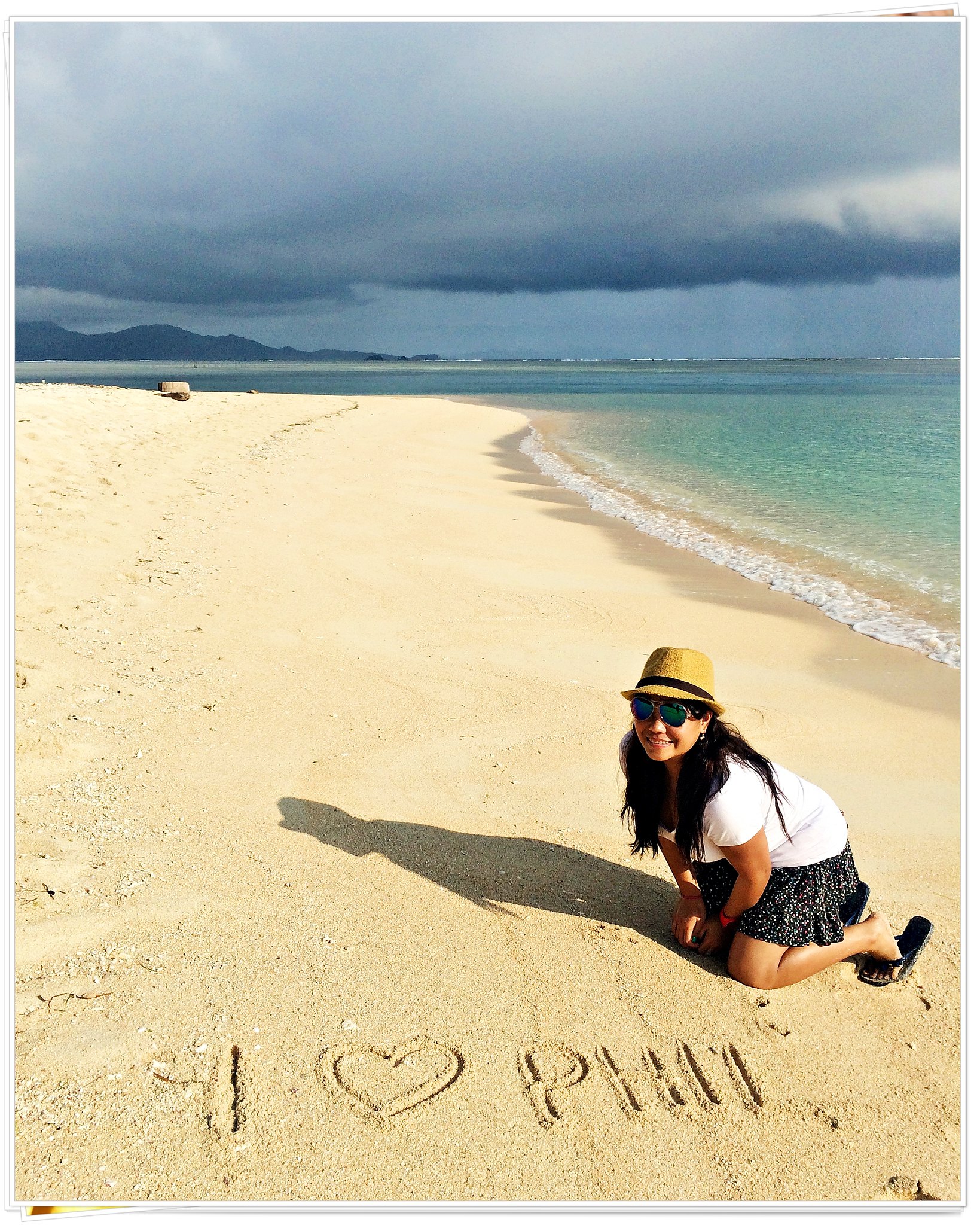 But the view of the Anguib beach is breathtaking, isn’t it?! It’s a if we were in an unspoilt paradise, and we felt we had the white-sand beach all to ourselves! We spent a good few minutes (or hours maybe) on this island, and Jillian went swimming whilst I kept myself busy with taking photos (and daydreaming). 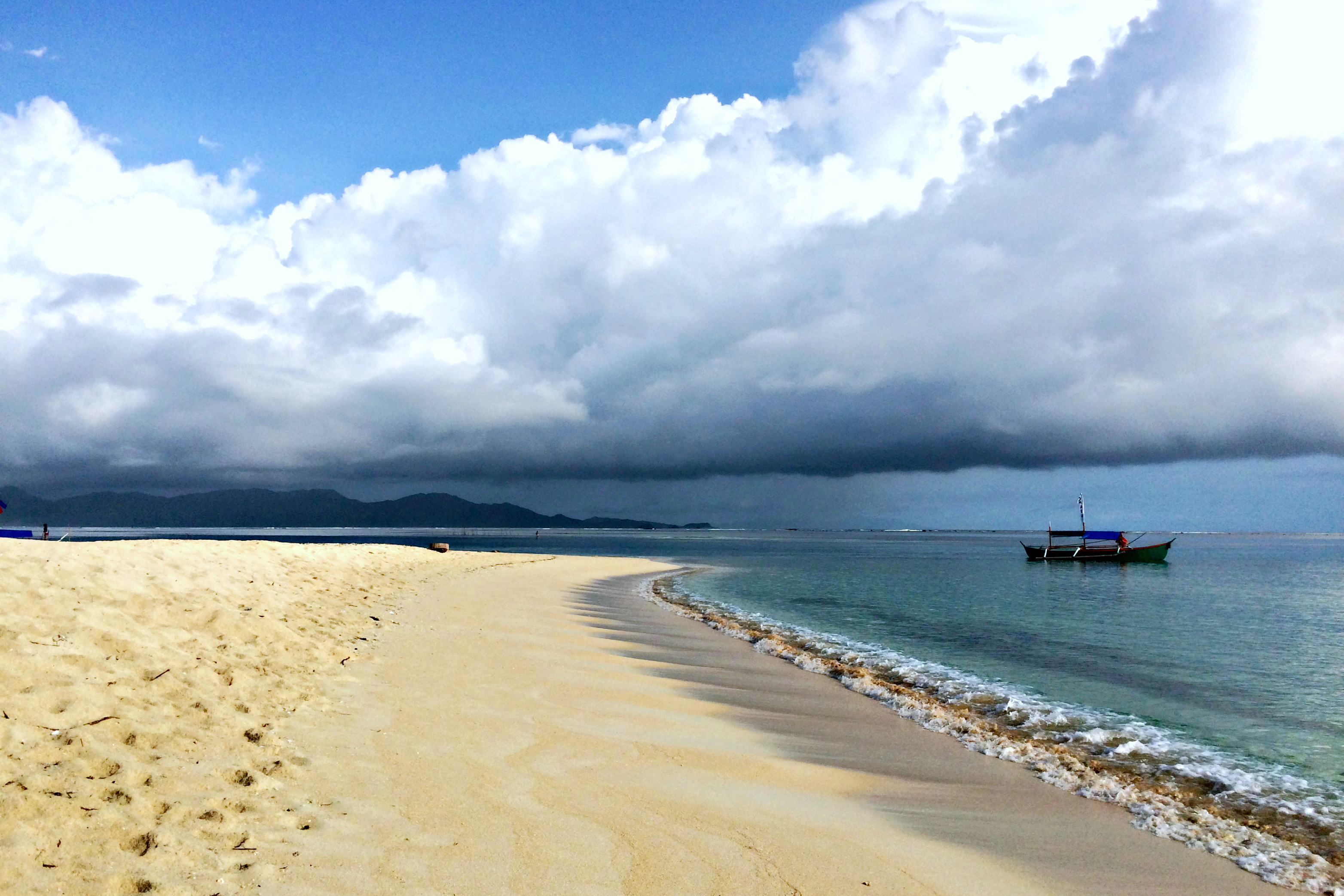 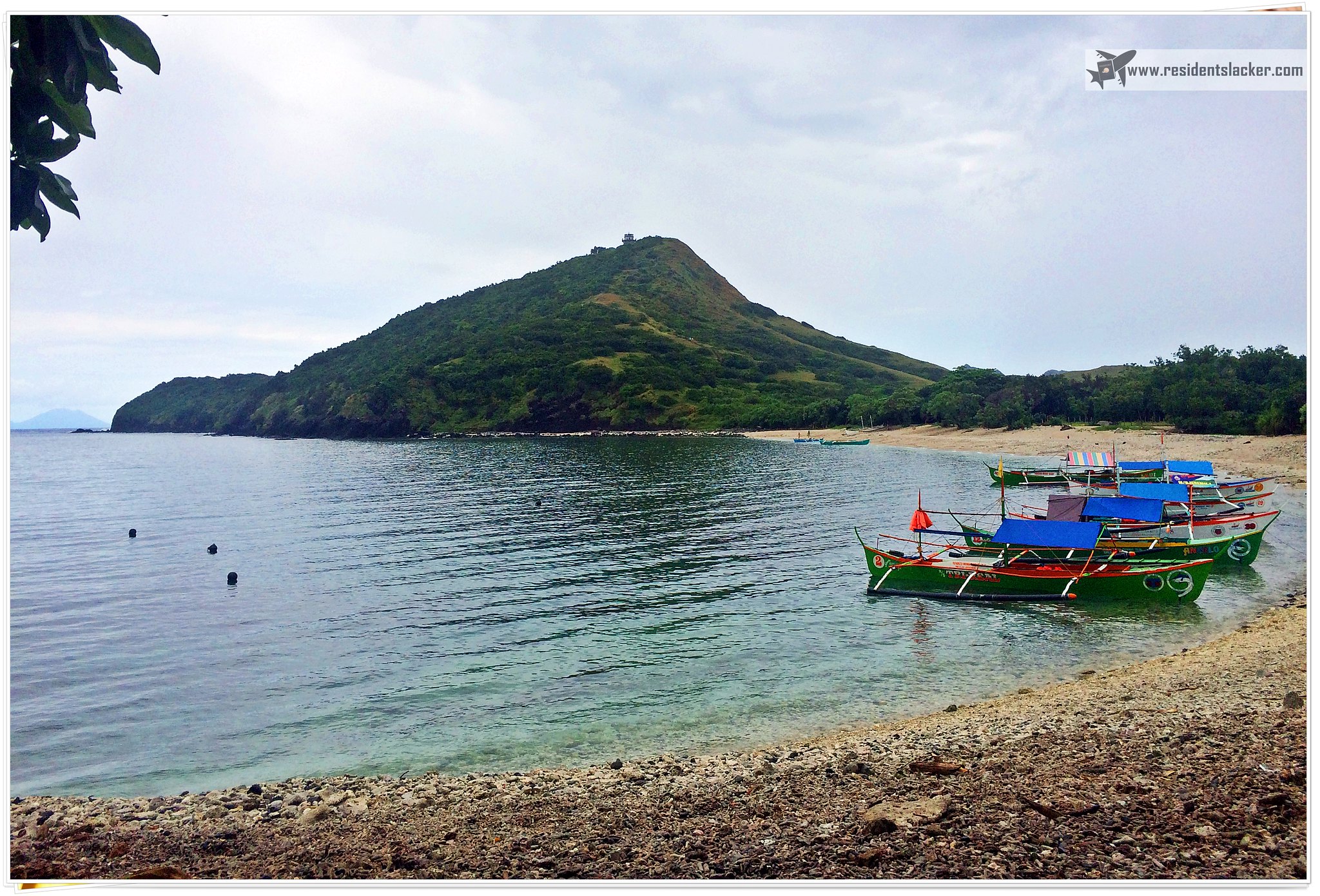 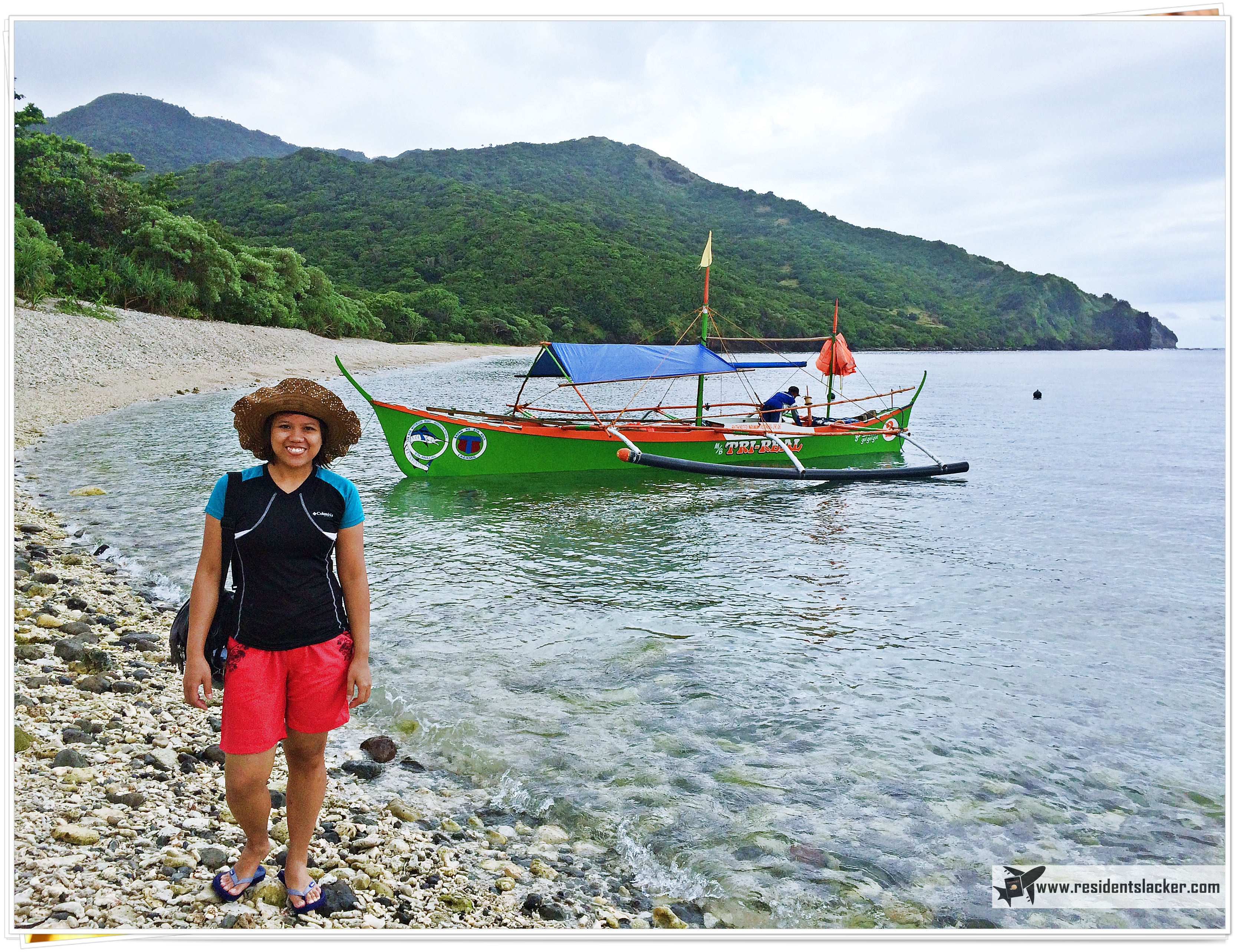 We then went to sail towards Cape Engaño to visit the famous lighthouse (one of the few surviving Spanish-era lighthouses) and get the Batanes-like view of the island. That day was fairly gloomy and was drizzling a little but we still managed to climb up to the lighthouse and get lovely photos. 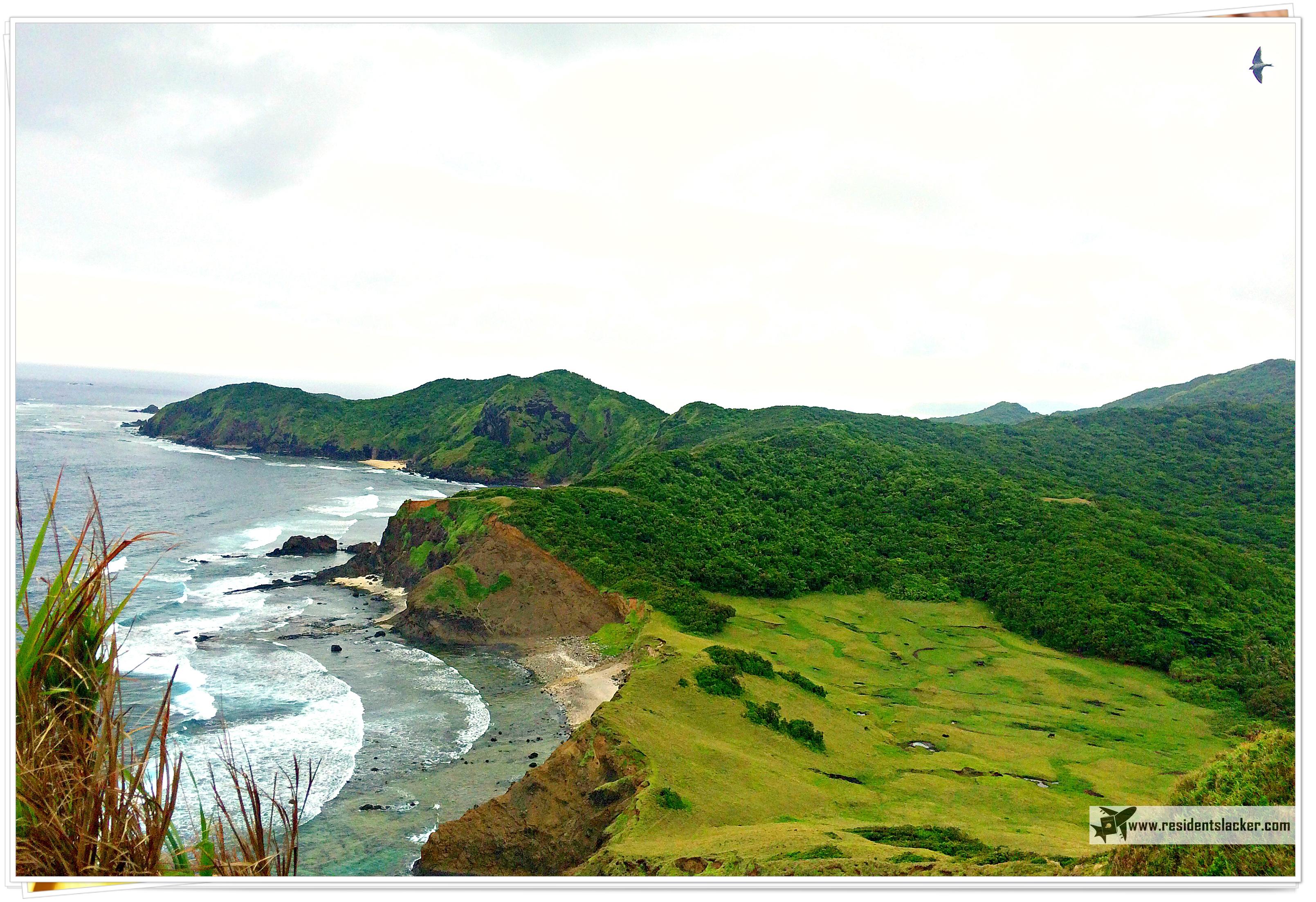 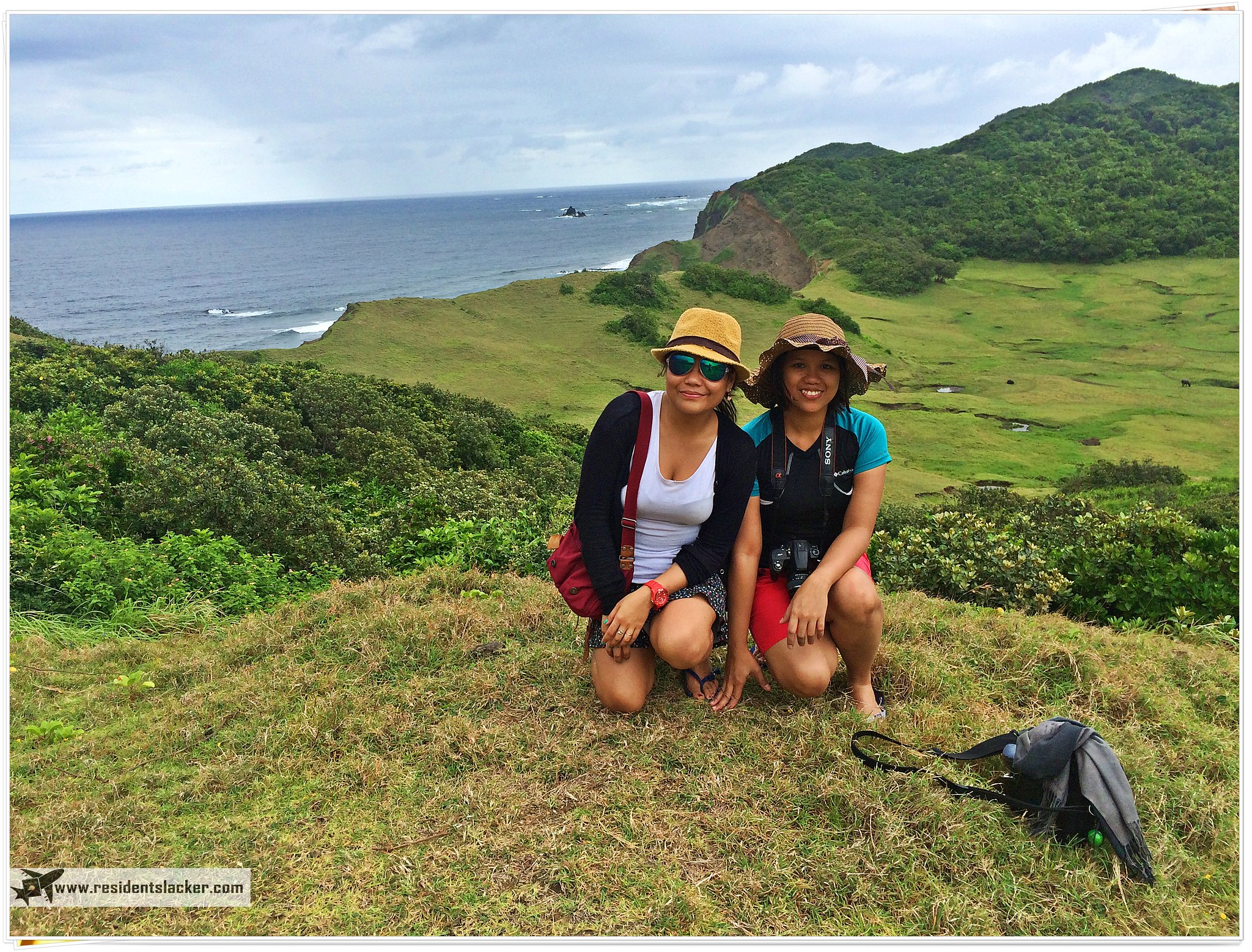 The place and experience were surreal! There wasn’t much visitors during that time and so no crowding, which is one of the my least favourites when I travel. I was truly amazed at how lovely the Philippines is–makes me wonder how much more of the Philippine archipelago is yet to be discovered and explored. 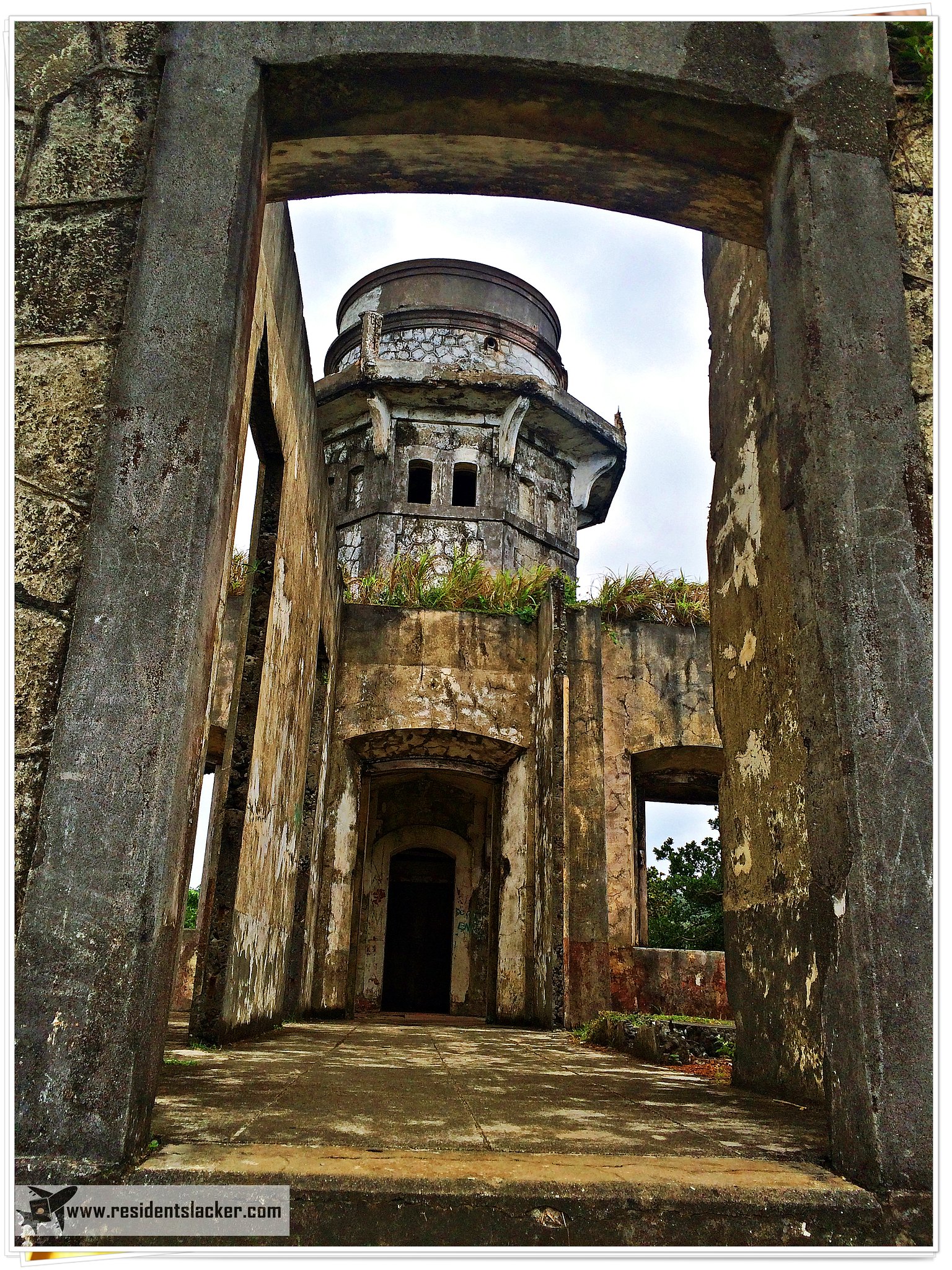 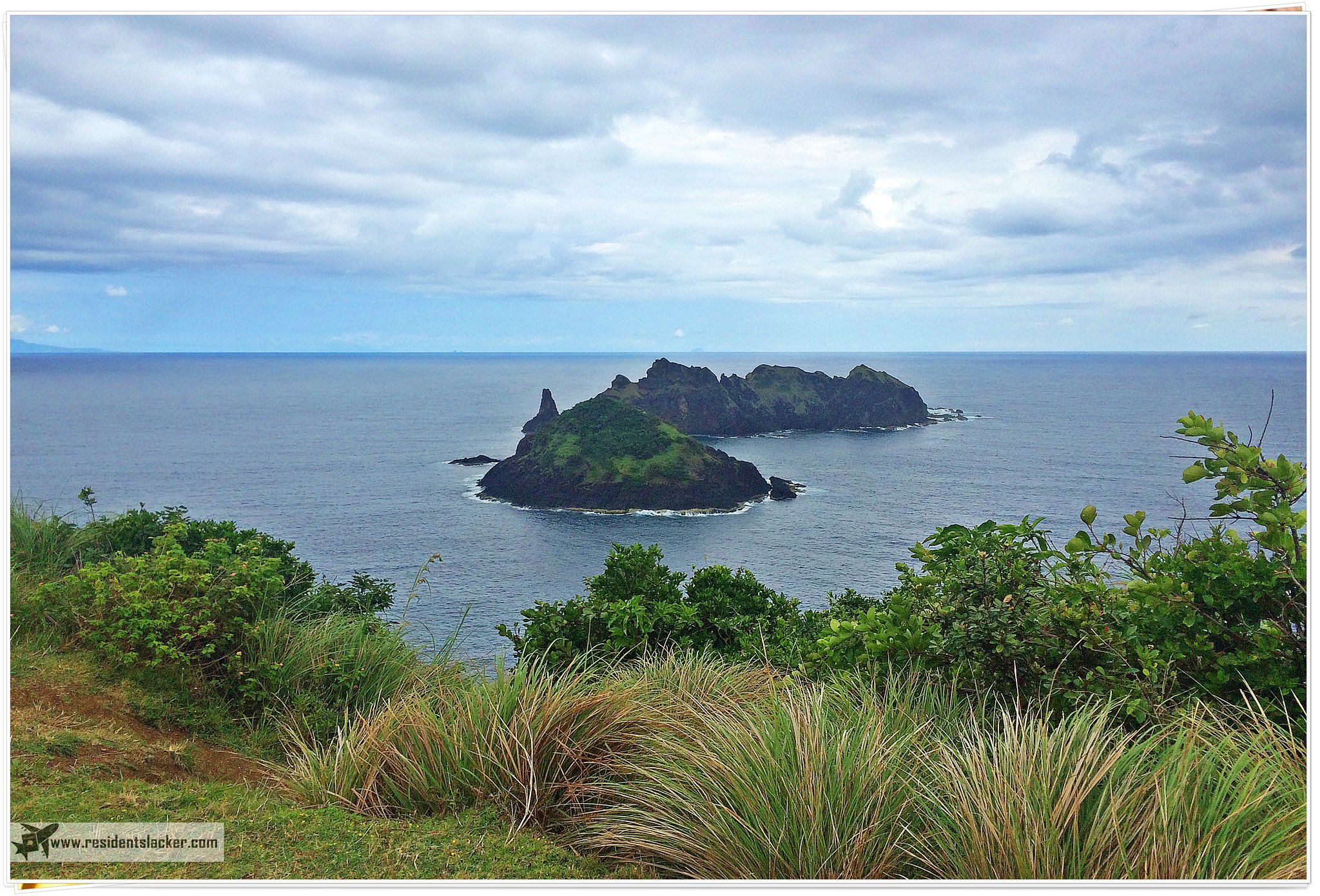 I am thankful that all went well during the trip, and that I was with someone who’s willing to travel with me in the most uncomfortable way! :) We left the island still in awe of the natural wonders of the Philippines–we decided to stay for one more night (or was it two more nights, I can’t remember now!) in Tuguegarao before heading back to Manila via a 14-hour bus journey! Yes, it was that long! 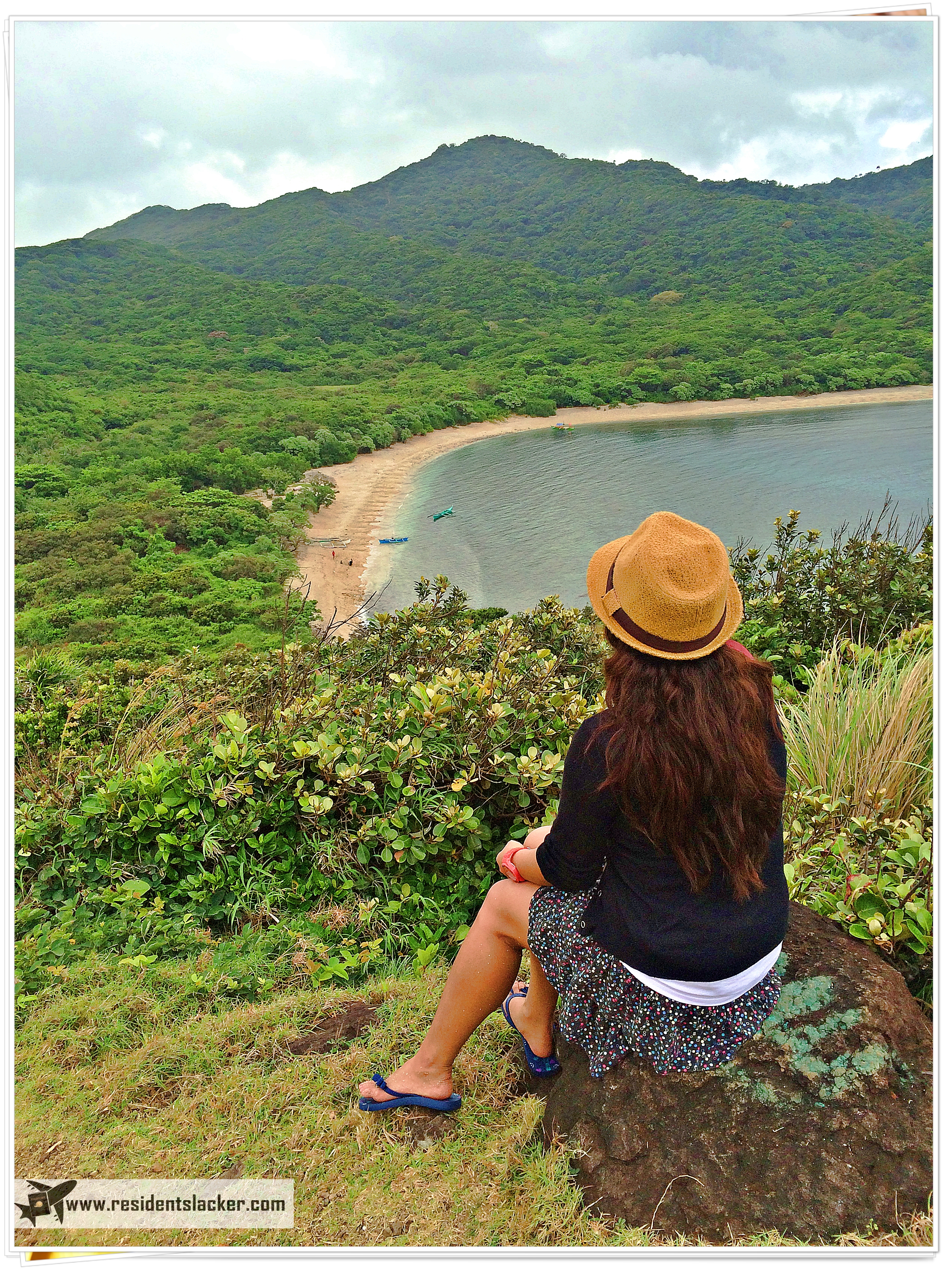 What we could have done differently:

**I hope the photos above will make you want to visit the place as well :)