It was Spring Bank holiday in 2015 when Phil and I decided to visit Northern Wales and hike up Snowdon Mountain. I was quite excited about it because (1) it’s another “country” in the UK (2) mountains, and Snowdon is one of the peaks that’s generally included in the UK 3-peak challenge (with Ben Nevis in Scotland and Scafell Pike in England on the list); and (3) it’s my first long weekend trip with Phil! ❣

I was excited that I got myself a new pair of proper hiking boots (ordered it from Amazon Germany, mind you!), hiking trousers, thermal top, wind and water-proof jackets! I was trying to dress up like a real hiker because I was expecting Phil to be properly dressed and equipped for the hike.

It wasn’t Phil’s first time, but it was mine, which explains my sky-high excitement for this trip. I won’t be detailing now my story of this trip, but I would be listing my personal top 4 things to do when you’ve got 3 full days up in Snowdonia, basically based on my experience in 2015.

1. Day 1: Hike up the summit of Snowdon Mountain
Obviously top of the list! You can choose from a number of trails, you can even choose to take the train up the summit. But com’ on! You’ll feel more accomplished if you walked your way up the summit! (The painful it gets, the sweeter it is when you reach the summit! Hard work pays, every time, honey!)

For us, we took the Ryd Ddu path, because based on our readings, this is the path which is (1) not too hard and (2) have the nicest panoramic views around the Snowdonia area. We used OS Explorer Active-17-Snowdon & Conwy Valley map to guide us on this hike! Thanks to travel companions like Phil who perfectly knows how to read the map! I am pretty useless with maps, to be honest!

We were lucky to have a nice weather on this day that we summitted Mt. Snowdon! It was a bit of a tough hike, for my level of fitness (I suppose); stopping so many times because I got easily exhausted, but thankfully Phil has loads of patience and maybe was trying so hard to not complain. :p

By the time we reached the summit, it got very windy and foggy that we did not have a clear view from the top. We stopped at the cafe/visitor centre (Hafod Eryri – Snowdon Summit Visitor Centre), where people were resting and were having refreshments before descending the mountains.

After a few minutes of refreshing ourselves with a bottle of ice-cold coke, we decided to descend, this time, I was faster and did not stop as much as when we were ascending. We went off-trail for a bit, but managed to get back to where we started, thankfully.

2. Spend the late afternoon around a nearby lake

This is a side-trip at end of Day 1 hike. Basically, we had a few minutes after we descended from Mt. Snowdon via the same path. So instead of driving back to our hostel right away, we decided the spend the rest of the late afternoon around some random lake around the Ryd Ddu area.

It was an equally-picturesque area of Snowdonia just below the foot of Mt. Snowdon (very close to the car park), so I suggest that a few good minutes/hours of walking around this area should be part of your must-do list! :)  It was a good way to spend the golden hour and watch the sun set behind the mountains–assuming you get lucky with the weather! ;) 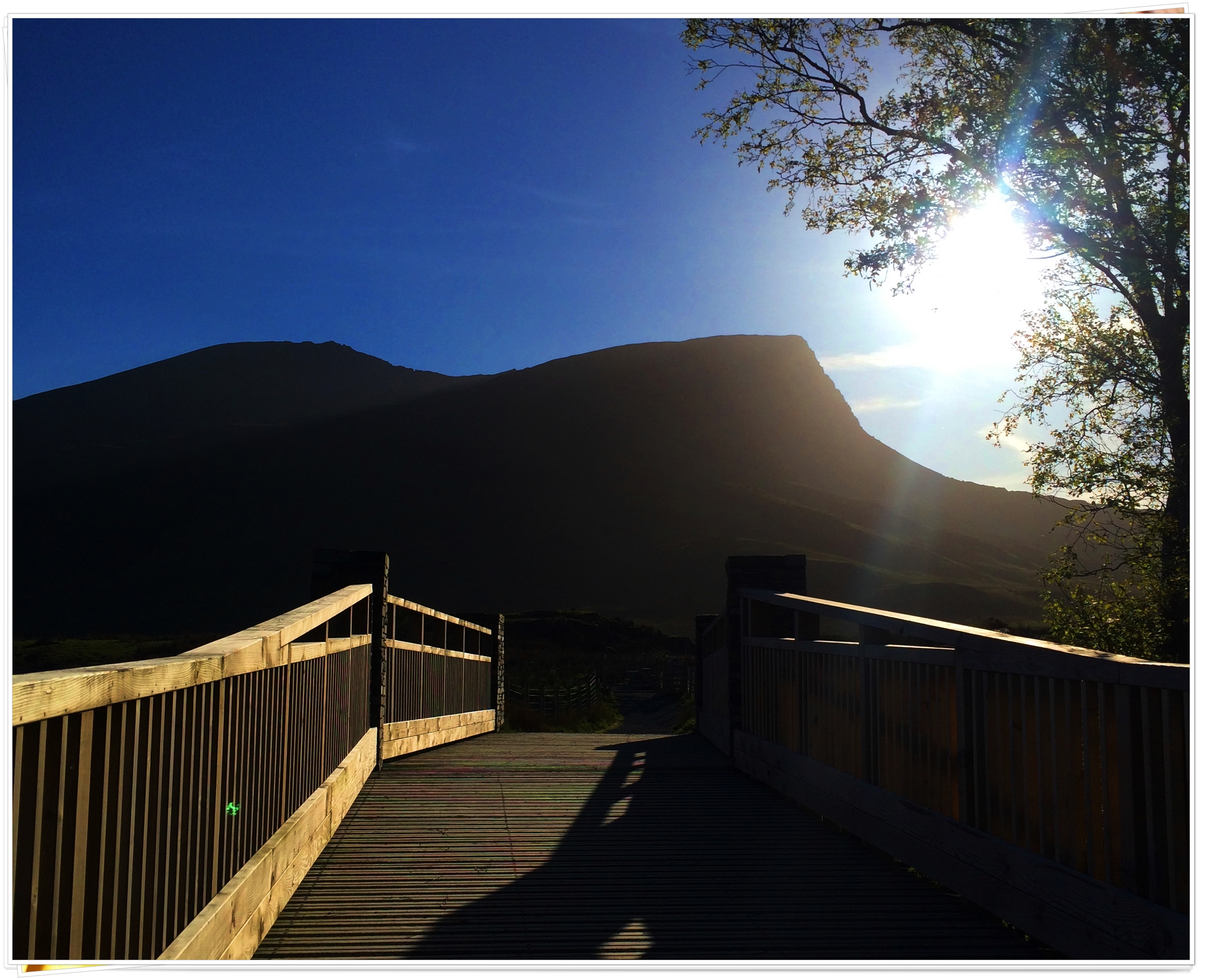 Lazily, I say. Because summitting Mt. Snowdon was a bit strenuous for me (I actually injured my right knee during the hike because of pressure), a lazy day in Bala was a necessity. It was a few minutes drive from where we were staying, with roads so narrow that you have to be really extra careful when driving around the Lake area! 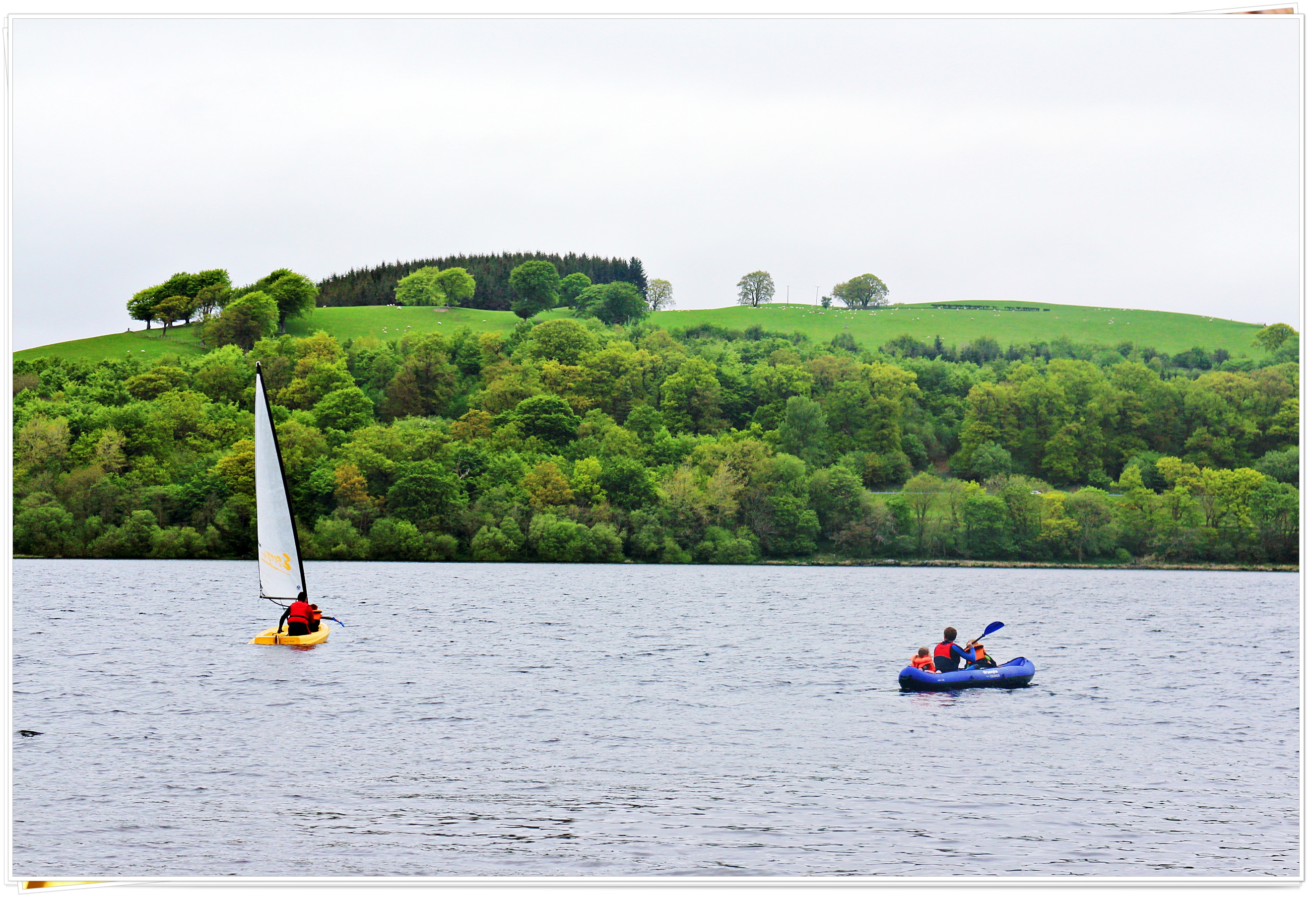 Wiki says, The lake lies in a glacial valley which follows the Bala to Tal-y-Llyn fault line. The valley was blocked by a terminal moraine in the area of the village of Bala, thus forming the lake, which has remarkably straight and parallel sides. Perhaps that’s not too obvious based on my photos! :p

It was a bit gloomy that second day and was drizzling a little bit, but I guess we were still a bit lucky to have relaxed outside on our picnic mat and with a good view!

As I said, Day 2 should be a relaxing day–to recharge for another hiking day on Day 3! :)

Another day of hiking in the mountains. Cadair Idris, one of the most popular in Wales for hikers and walkers, lies at the southern end of the Snowdonia National Park near the town of Dolgellau. 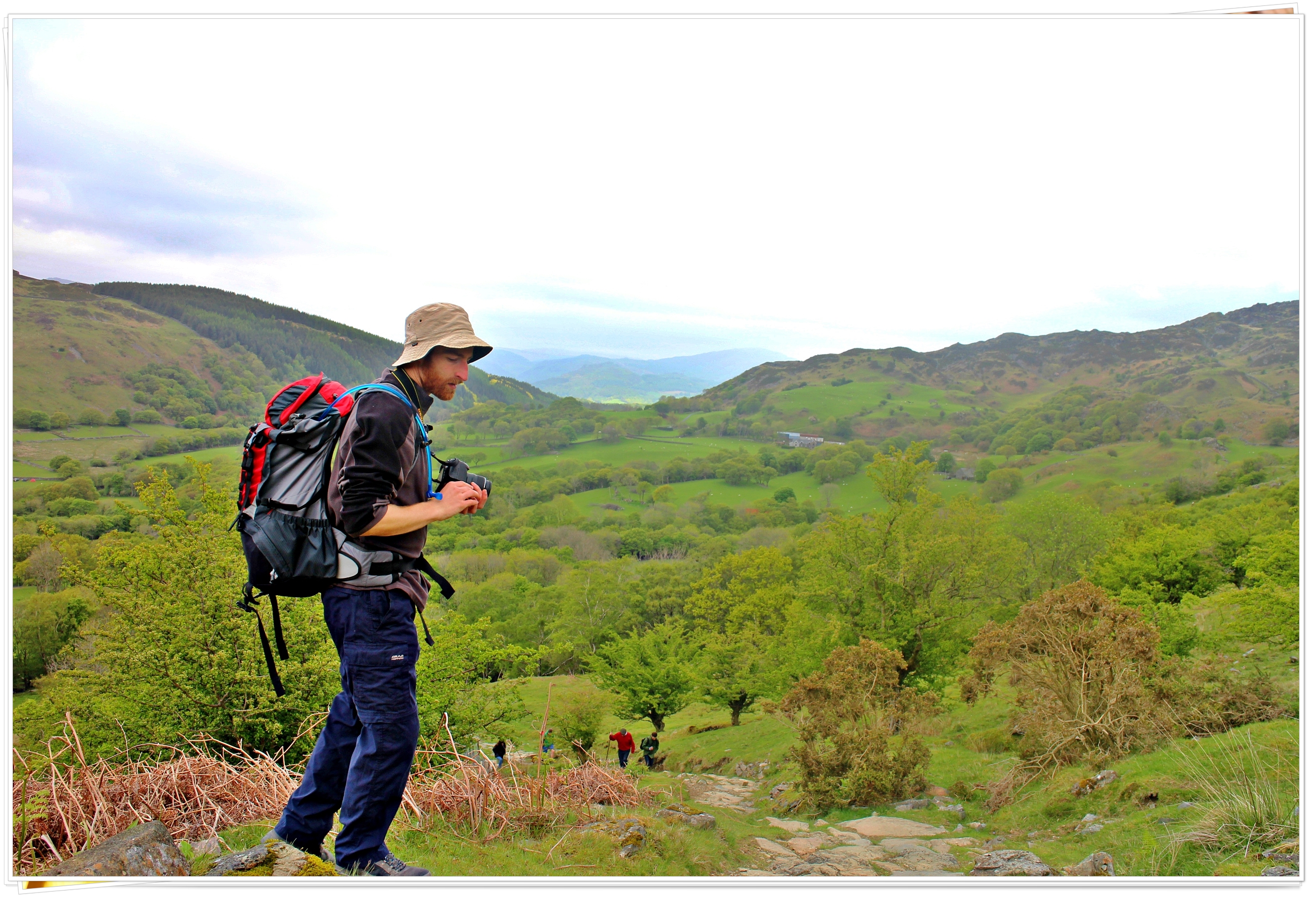 Our day 3 was the worst of all days during our trip–the weather was just too gloomy and uncooperative, and that made hiking more challenging. The path was misty and we barely had a view of the summit. But we still managed to reach the peak by just following the cairns (pile of stones) as trail markers/guides. We were just too careful otherwise we’d fall off the cliff!

We just stayed for a little bit on top, just to eat our lunch (sandwiches) and then decided to descend because the skies were already threatening. We still ended up soaked as it rained heavily when we were almost at the car park! Thanks to our thermal tops and rain jackets! It’s a little bit of a shame that we got unlucky with the weather on the 3rd day, but I can assure you, Cadair was as lovely as Snowdon; so very worth the while! ♡

So there you go! That’s how we spent 3 days (and 2 nights) in Snowdonia National Park. The day trips were tiring so we have not really gone out at night to explore the place. I guess Phil and I are both more of nature explorers rather than night party goers, so I can’t really comment on what the night life is in the area. :)